Learn how to use your iPhone as a universal remote for your HomeKit-compatible smart home devices.

HomeKit, not compatible with many other platforms, maybe a good starting point for Apple fans who love controlling their environment with Siri.

Apple HomeKit is a system that lets you control all of the best smart home devices, so long as they’re compatible. It gives you control over your smart thermostat, lights, locks, and more in multiple rooms, creating comfortable environments and just the right ambiance with a tap on your smartphone. You can even use it to control your devices remotely.

HomeKit isn’t compatible with as many devices as Google Assistant or Amazon’s Alexa, but the number is rising every day. With a solid base of supported locks, lights, plugs, and more, HomeKit is an easy starting point for Apple fans.

Apple has always been at the forefront of technology innovation- from desktop computers to smartphones-and their foray into the world of home automation has been no different. Apple HomeKit is Apple’s smart home software, which interacts with the Apple Home app to control Apple-manufactured devices and other non-Apple HomeKit devices that are certified by Apple. With Apple HomeKit, you can control your lights, thermostats, and door locks from one interface via your smartphone.

HomeKit uses a system of “scenes”, where each scene can be completely customized for the time of day or a specific date. For example, you could set up a “Good Morning” scene that turns on your lights when it’s still dark outside so they’re ready to go as soon as you wake up in the morning; or a “Date Night” scene that dims all of your lights and sets your thermostat to the perfect temperature for a romantic evening with your partner. Apple HomeKit can also be used with Apple’s personal assistant, Siri, allowing you to use voice commands to control all of these devices without ever touching them.

The Apple Home app was introduced alongside Apple HomeKit and is where users will customize and set up their scenes and devices to start using Apple HomeKit right away. The Apple Home App is available from the App Store on iOS (iPhone or iPad) running version 10 or later; it can also be downloaded from iTunes on Mac computers running OS X 10.11 or later, but only if they have been confirmed as compatible by Apple.

What is Apple Homekit?

Apple Homekit is Apple’s software system for controlling and automating your smart home devices. The Apple Home app acts as a central hub to set up Apple HomeKit-compatible devices, which can be controlled both from the Apple Home App itself and with Apple’s personal assistant, Siri. Apple Homekit is now compatible with hundreds of devices including light bulbs, thermostats, sensors, door locks, and more—and new products are being added every day. What our readers say about Apple

HomeKit is great if you want an easy out-of-the-box solution that just works. Apple support is second to none too! ~ Hazza79

I’ve found it to be very reliable and stable compared to the Philips Hue Bridge which has been forever plagued with issues. Apple also updates HomeKit a lot more regularly than Philips, which is a major plus in my opinion! ~ Dylan

Homekit integration in our Apple devices was seamless and Apple take care of the security too, so we can just focus on enjoying all the benefits of having smart technology in our home available to us wherever we are and at any time. Apple has really upped their game over the years; this platform works very well for us. ~ Steve4779043

Apple Homekit provides an easy setup for Apple products that “just work.” It’s very reliable once set up, but the initial setup can be tricky if you’re not familiar with Apple products.

What is Apple Homekit Devices?

Apple Homekit compatible devices include Apple-branded products like Apple TV, Apple Watch, HomePod, and several Apple accessories, as well as non-Apple products that are tested to work with Apple’s platform. Currently, these devices include:

Apple HomeKit devices use Apple’s encrypted HomeKit technology to communicate between themselves and your iPhone, Apple Watch, or Apple TV, as well as between each other (if they’re part of the same “Home”). A device that has been paired with one of these hubs is said to be “paired” with it, and only those devices which are “paired” can communicate with each other using Apple’s Home App. Also, Check out our Guide on Best Apple Homekit Devices.

What is Apple Homekit Hub?

Apple TV 4K creates a secure communication channel for all of your Apple HomeKit-enabled devices. It connects directly to your network router via either wired Ethernet RJ45 or Apple’s AirPort Extreme Wireless Router (included) and allows all Apple Home devices to connect securely to your Apple TV for automatic discovery. Apple says that Apple TV 4K is “the best way to experience Apple Music in your home.” The speaker quality has been greatly improved by using a high-excursion woofer, an advanced Multi-directional …

HomePod serves as the hub of the Apple HomeKit system, allowing you remote access to any smart device connected to it via its WiFi connection. HomePod will automatically when you arrive home and connect to your Apple TV, which then connects to Apple’s HomeKit technology. Apple says that the HomePod will “always stay up to date. It immediately recognizes when new devices are added to your Apple …

HomePod is a great way to get started with Apple’s smart home platform if you’re unfamiliar with Apple or just want simple, reliable, and easy-to-use products. You can install Apple Homekit -compatible lights, locks, doorbells even thermostats (for cooling and heating) throughout your house or apartment without having each device interact with one another directly; all of them work as separate entities controlled by Siri via the Apple Home app on your iPhone or iPad or using Apple’s AirPods.

Setting Up Your Apple Homekit

The process of setting up your Apple HomeKit devices will differ depending on how many you have, but there are some commonalities. First, you’ll need to plug all of your smart devices into an outlet near your main network router; ideally, this will be in the same place where you would normally plug in your modem for internet access. This is because all of your connected smart devices will use Wi-Fi networks to communicate with each other and the Apple Home App.

Depending on the Apple product that you’ll be using to control your Apple HomeKit devices (see above), you’ll need to set up Apple HomeKit in three steps: Enable HomeKit: from an iOS device, go into the Settings app and tap “Home” Add Apple Homekit devices: open Apple’s Home app and follow the prompts A new Apple TV or iPad will take a few minutes to discover all of your smart home devices; an iPhone will usually find them within a minute or two. Once everything is connected, you can start customizing your scenes and automation rules.

What Does Apple Homekit Do?

How Do I get Apple Homekit?

You can get Apple Home Kit by getting an iPhone, iPad, or HomePod. You also need to have a router to establish a connection with the devices.

What Devices are Compatible with Apple Homekit?

Apple HomeKit is compatible with the following devices:

Does Apple Homekit Require a Hub?

No, HomeKit doesn’t require a hub.

Let’s say you want to control your lights with your voice. You just need a Siri-enabled device and an Apple TV for HomeKit. The process is as follows:

Do I Need Apple Homekit?

According to Us, You do not need Apple Homekit. This is because it is a system for controlling smart homes. You can have these devices without having to use Apple Homekit. The only Apple product that you need is Siri to use this platform.

HomeKit is a great way to get started with Apple’s smart home platform if you’re unfamiliar with Apple or just want simple, reliable, and easy-to-use products. You can install Homekit compatible lights, locks, doorbells even thermostats (for cooling and heating) throughout your house or apartment without having each device interact with one another directly; all of them work as separate entities controlled by Siri via Apple Home App on your iPhone or iPad or using AirPods. 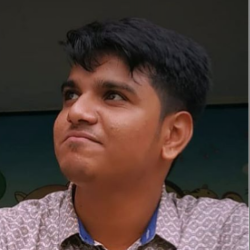 Born in India, Meet is an avid tech blogger and creative writer. His articles range from exploring the latest gadgets to delving into the science behind them, but he takes pride in making sure that his work captures a sense of mystery and intrigue for readers at all levels.

1 thought on “What is Apple Homekit? – Everything You Need to Know”

SimplyDevice.com is a participant in the Amazon Services LLC Associates Program, an affiliate advertising program designed to provide a means for sites to earn advertising fees by advertising and linking to Amazon.com.